I love wine. Thank goodness, as it’s my go to drink in the gluten free world. This passion also means that a trip to Croatia just would not have been complete without a stop in wine country. The Istrian Peninsula is huge. It was full of magical little cities and wineries. In the end, we stayed in Motovun, toured around to different wineries, and also visited the adorable port city of Rovinj.

After a long drive from Zagreb, we arrived in Motovun. Our host asked to meet us near the city so he could guide us to the house we rented. It was so tucked back that it didn’t really have an address that showed up on a GPS. While we waited, we could see Motovun high up on a hill.

We knew that our rental was a splurge. We expected it to be great, but we were blown away by how perfect it was. After following our host down a small stone road, we found the house surrounded by vineyards. Once there, we formally met Mladen and his wife who purchased the house in ruins 13 years before. They beautifully restored it and graciously share it with others. They had a yummy welcome gift for us, including local wine, as well as a stocked fridge. They also spent a long time recommending what we should do while we stayed. I’ll let the pictures do the rest of the talking. 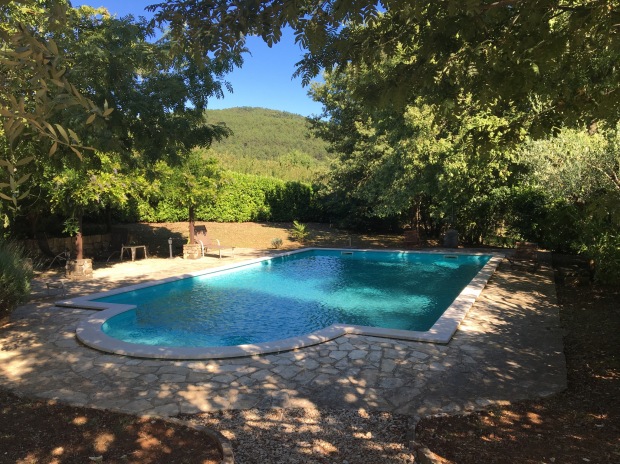 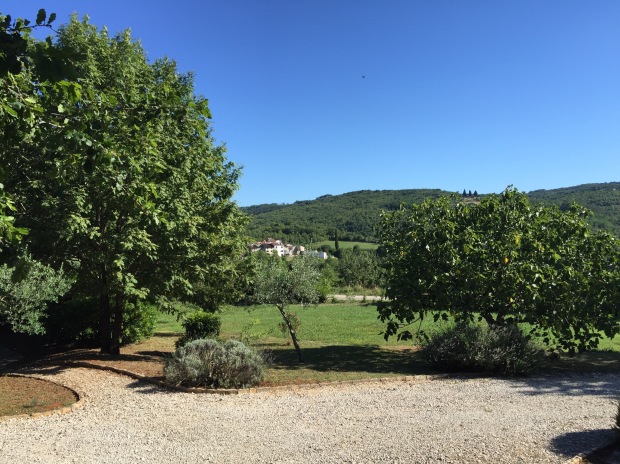 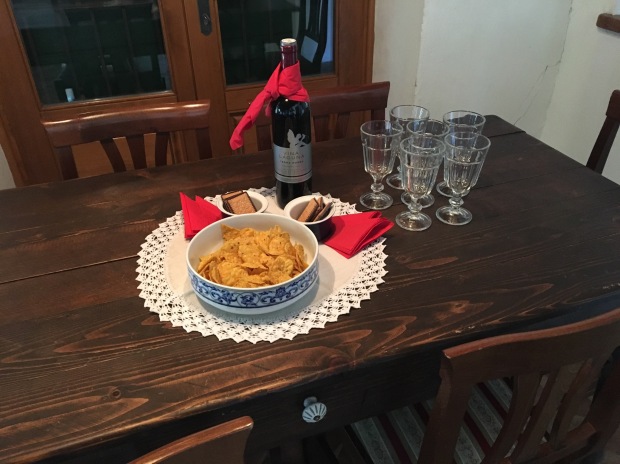 The spread above is my go-to plan when traveling. Meat, cheese, and vegetables are always a great gluten free option and compliment wine so well!

The first night we could not bring ourselves to leave. How could you? We found a small market, and loaded up on food. While the market was too small for gluten free breads or pastas, we found plenty of options that were naturally gluten free. Then we spent the night soaking in the scenery and drinking wine on the deck.

Our second day in Istria, we booked a private wine tour. #splurge

Our guide, Ellio, and the driver, David, arrived early in the morning. They had the kind of van we thought that we had rented 🙂 You can read more about that here.

Our wine tour included three stops and a lovely lunch. Our first stop was Terzolo Winery. This winery was family owned and even based out of their house. The couple and their two children were there when we arrived but no one else. It was different than any experience I’ve ever had with wineries in the States. The owners personally showed us around then helped us taste their delicious wines. They also made honey which we sampled as well.

Each winery was spread out, so we had a lot of time to appreciate the beautiful, rolling country side. Our next stop, Damjanic, was another family operation, but it was not out of the family’s own home this time. Despite being a larger operation, there were still few other people around and we could sit back and enjoy the views. They had one of my favorite Roses as well 🙂

A mid-day break for lunch was a must. Our driver took us to a small little restaurant hidden in a neighborhood. There was no sign on the main road, so I have no idea how anyone ever found it. But it was a hidden gem for sure.

Most of our group tried a trio of local pasta dishes, but our host was able to help me and my travel buddy Helen, who also has celiac, to get a different option. I must admit, I think we got the better end of the deal. This was probably one of my favorite meals of the trip!

Our final stop, was another small, family winery. We were seated under a beautiful, vine-filled arbor and enjoyed some final Croatian wines.  We also took some photos with our awesome tour guide Ellio. He answered all of our questions and told us all about the history of Croatian wine in the region. Our tours were booked from eatistria.com. We would highly recommend it!

After a day of wine drinking, we were not done. We decided to finally head into the hilltop city of Motovun to find one of many stops on our travels that Anthony Bourdain has recommended. In order to get up to Motovun, you must purchase a ticket to take your car up the hill. At a certain point, you park, and walk the rest of the way. 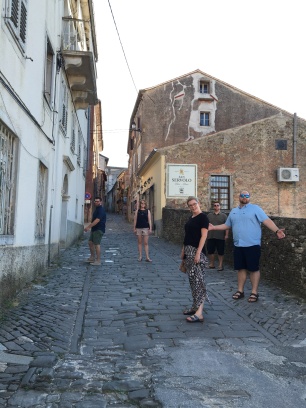 After exploring the picturesque little town, we settled in at Mondo. Known as the Truffle Capital, Motovun is full of truffle dishes, oils, and gifts. Mondo’s menu featured items that were bursting with that rich truffle flavor. Many of their options were gluten free and the staff was easy to talk to. I opted for the rich and yummy truffle risotto.

Our time in Istria was flying by, but we decided to take one last day trip, and I’m so happy we did. Strolling the streets of Rovinj is one of my favorite memories. Something about this city completely took me in. It is a port city surrounded by some of the prettiest water I’ve ever seen. Once you get past all the tourist shops on the edge, the old city is a sprawling labyrinth of shiny, pink cobbled streets. I loved every minute that we were able to explore, and I only wish we could have stayed a whole night there. 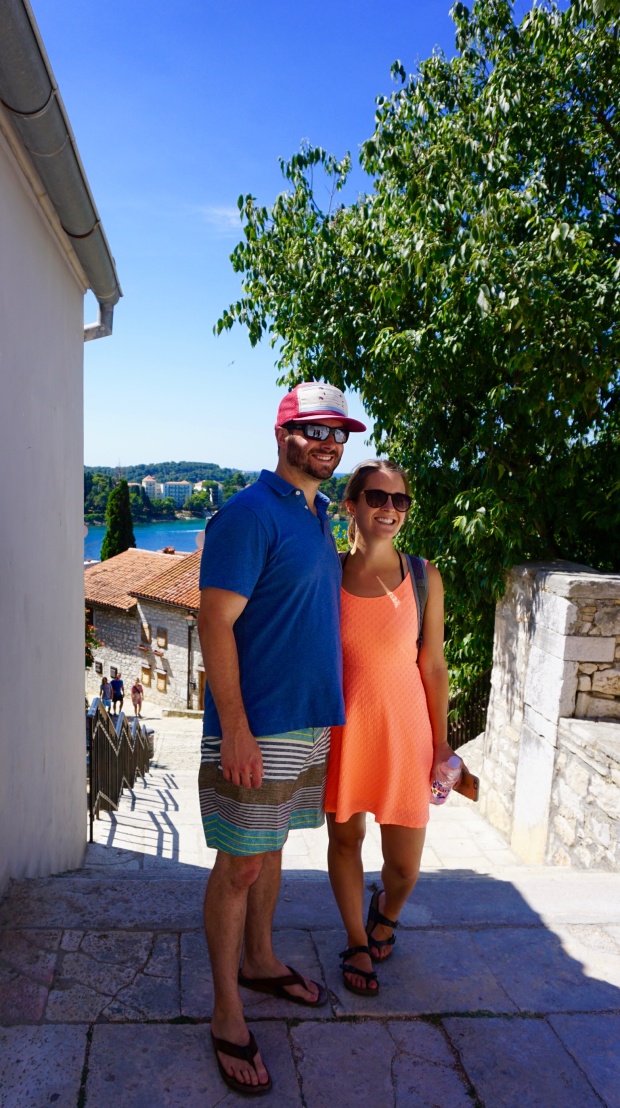 While our time in Istria was probably the highlight of the trip, there was still a lot of good stuff to come. Next post: Zadar, Krka National Park, and Split!

Disclaimer: Not all these lovely pictures were taken by me!

One thought on “Istria — Wine Country”